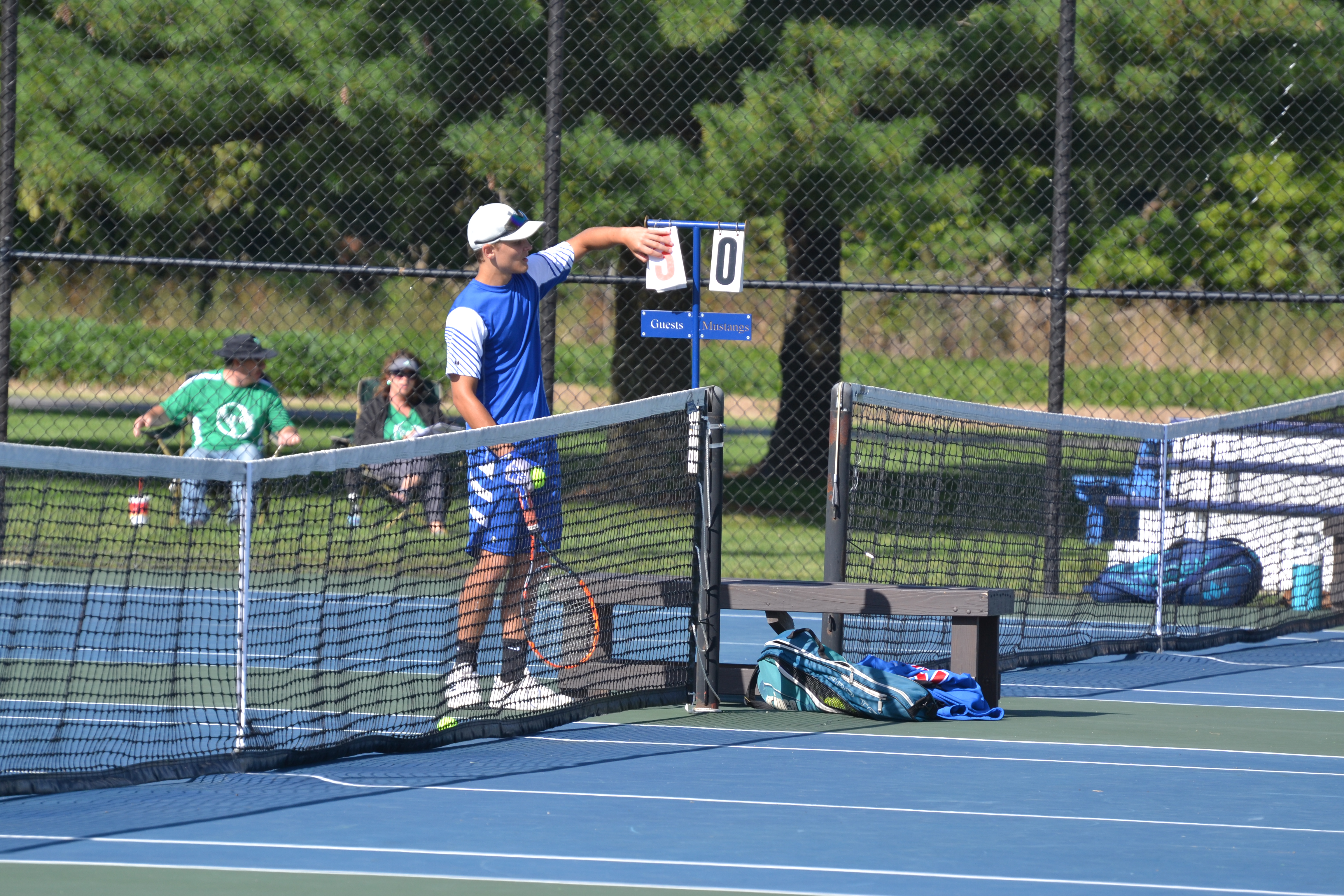 The Eagles’ tennis team competed in the first round of the Northview Sectional last night, defeating Owen Valley 4-1. Number one singles player, Tanner Pistelli, made quick work of his match and is playing with a lot of confidence and consistency. Two singles Brandon Rector played a solid match; Rector has been consistent throughout the season, and continues to do a great job. Number 3 singles player, Trey Blaydes, had a slow start and was a little nervous in the beginning of his match, but settled down and pulled it together for the win. I’m proud of our Number one doubles team of Clearwaters and Fisher, who came back to win the second set after losing the first. Despite losing the third set and the match overall, I’m proud of how they never gave up. The Number two doubles team of Marcus and Brady Robinson continues to play some good solid tennis, communicating really well giving great effort. We’re looking forward to the championship match on Saturday morning and will definitely have to bring our “A” game.

Sectionals
8:00 am
View All Events