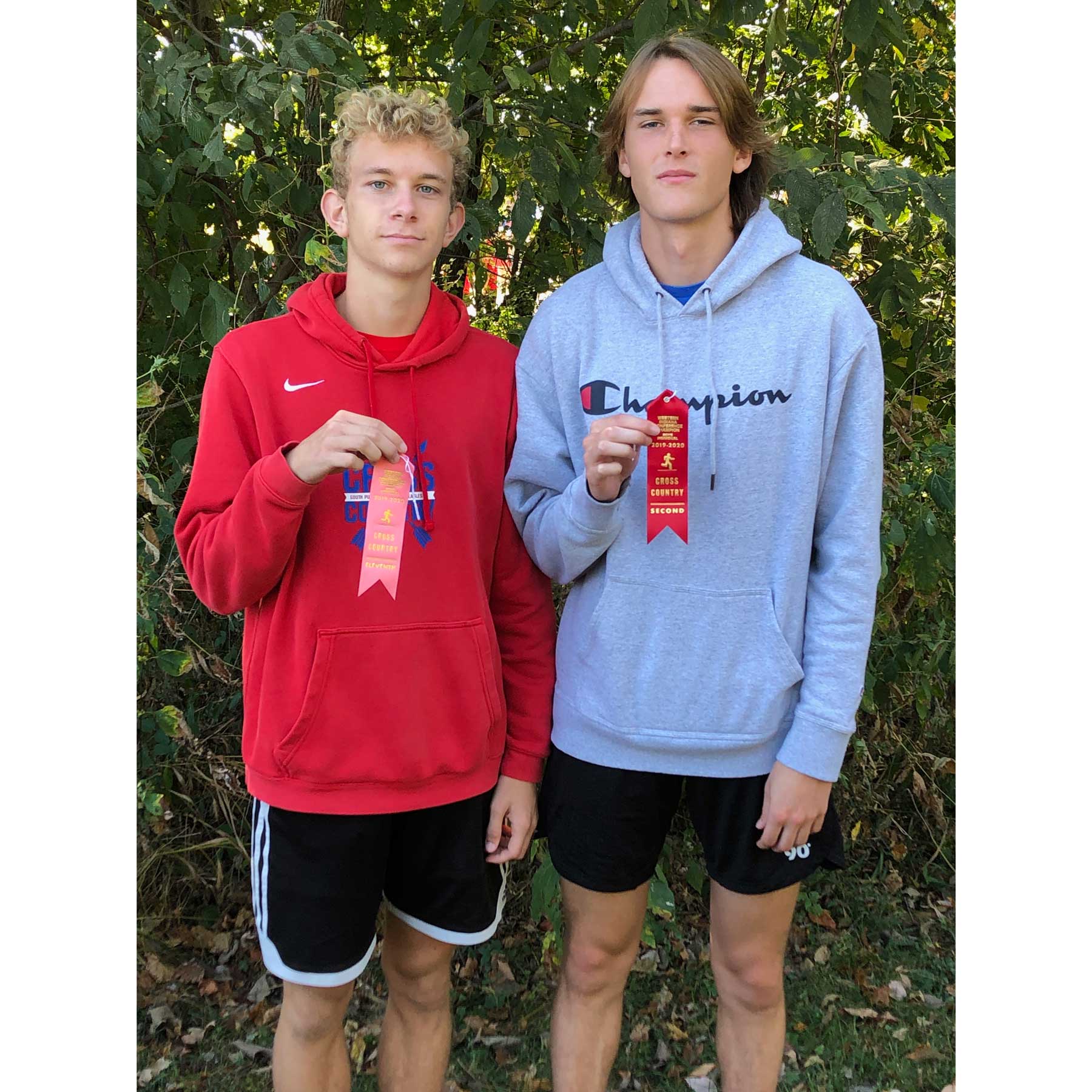 Weather on Saturday could not have been much better for the SPXC teams as they traveled to Edgewood to compete in the WIC meet.

The boys were first to race and were once again led by seniors Steven Schnepp and Karl Egold. Both started with a slightly conservative approach, gaging the competition and making sure that they didn’t burn out early. This approach paid off well for each of them. After hanging back on the chase pack, Steven made a move about halfway through the race and cruised to a new PR and second place finish. Karl likewise patiently waited for the right time to move, and then he proceeded to throw caution to the wind and passed a large group of runners to finish in 11th place. By placing in the top-15, Steven and Karl each earned All-WIC honors. Strong racing by Dunkin York, Daniel Johnson, and Matt Rogers helped give the boys team a respectable 7th place finish.

In the girls’ race, the lady SPXC runners were led by sophomore Sarah Jones. Sarah got out to a fast start and never looked back. She found herself just outside the top-20 after the first mile and then proceeded to inch her way towards the next large pack of runners. After some strong racing and forward progress, Sarah found herself just outside the top-15 and All-WIC with a 16th place finish. Although she just missed her place goal, she still came away from the meet with a new personal record.

The SPXC teams will next be competing in the Brownsburg Sectional on Saturday, Oct. 12 at 10:30 AM. Complete results for the WIC Meet can be found below.